“She Married Her Boss” has never been commercially released on DVD or VHS. It is available on streaming via Amazon and shows up occasionally on TCM.

Once again the lively Columbia studios renew their gift for refreshing tired materials in “She Married Her Boss,” the new film at the Radio City Music hall. Last season, when a plague of bus odysseys had eaten away every patch of greenery in that particular pasture, Columbia boldly deposited its players on a bus and made history and “It Happened One Night.” Now the studio stakes out the venerable “Office Wife” theme with eagerness and faith, and erects a merry romantic comedy on the ruins. Although it looks suspiciously like what Brooks Atkinson likes to call old hat, “She Married Her Boss” has an irresistible comic dash, and it is briskly performed by Claudette Colbert, Melvyn Douglas, Michael Bartlett and a superbly impish little girl named Edith Fellows.

As a Saturday bonus picture, this is Jean Dixon and Claudette Colbert. 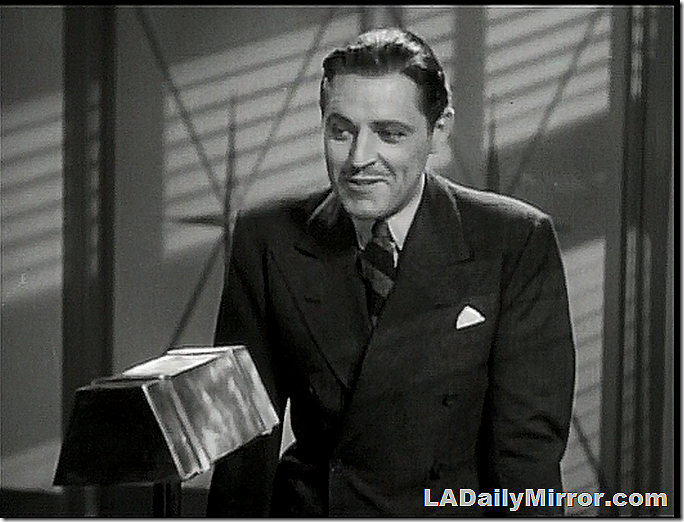 For Monday, we have a mysterious gent.

Update: This is Michael Bartlett. He made six films, the last in 1937. A high mysteriousness quotient for sure.

Update: This is Grace Hale (Hayle).

For Wednesday, we have “Oh Him.” At this particular moment in the mystery film, he approves of such goings-on.

Update: This is Raymond Walburn. 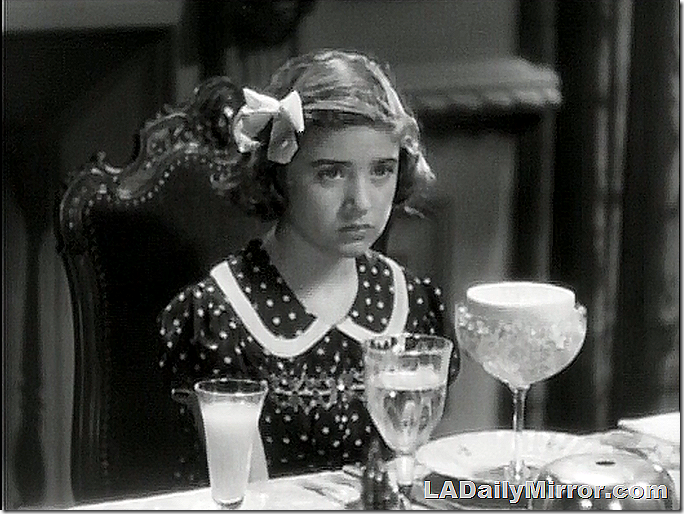 For Thursday, we have a young, slightly mysterious guest. She does not approve of such goings-on.

Update: This is Edith Fellows.

For Friday, we have a dapper gent who is completely lacking in mysteriousness. He most certainly does not approve of such goings-on.

Update: This is Franklin Pangborn and Lynton Brent. 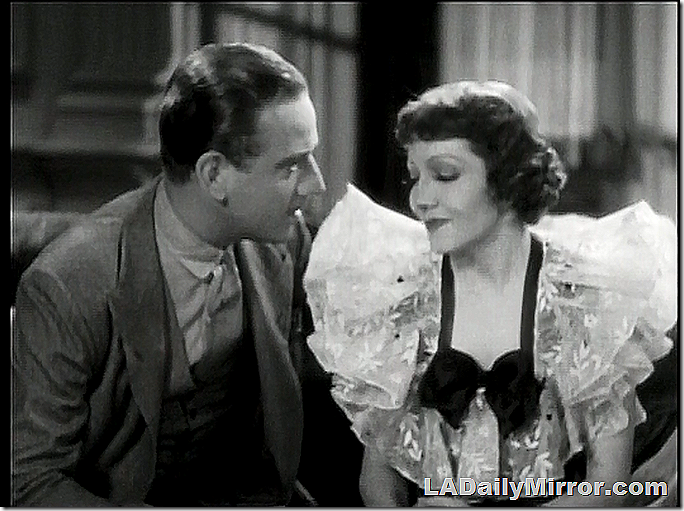 And also our totally unmysterious leading man and leading lady.

Update: This is Melvyn Douglas and Claudette Colbert.

I am retired from the Los Angeles Times
View all posts by lmharnisch →
This entry was posted in 1935, Film, Hollywood, Mystery Photo and tagged #Claudette Colbert, 1935, Columbia, Edith Fellows, film, hollywood, Melvyn Douglas, mystery photo, She Married Her Boss. Bookmark the permalink.