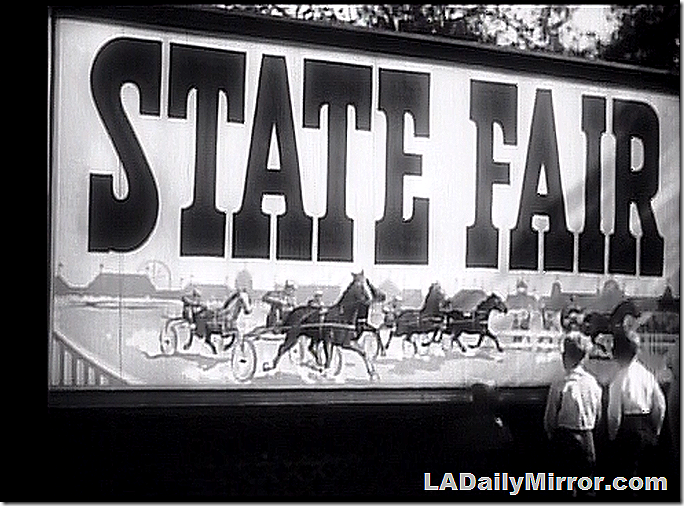 “State Fair” is not commercially available on DVD. Amazon Prime seems to offer a streaming version of a lousy print and the accompanying reviews are of the later musicals. TCM occasionally airs a fairly good print of this version and that’s where I got it.

Watching this film is almost as interesting as going to a state fair, for nothing seems to be neglected during the week in which it is supposed to take place. It is a homey tale, with many an intriguing bit. The outcome of some of the incidents may be anticipated, but that does not mitigate against them. In fact, when Melissa Frake, Abel Frake’s sensible wife, wins first prizes with her pickles, jams and mincemeat there was probably not a soul among those who crowded into the big theater yesterday who did not feel highly pleased, even though they well knew that Abel had poured brandy into the mincemeat and Mrs. Frake had flavored it still further with the same stimulant.

…. Mr. Rogers is excellent in his role. Frank Craven supplies some well-spoken lines. Mr. Foster is a bit too intelligent to be convincing as the rustic Wayne. Louise Dresser is highly satisfactory as Mrs. Frake and Victor Jory is good as a barker. Lew Ayres is sympathetic as Gilbert.

“State Fair” is also worth noting if you remember the controversy a while back about how movie titles were just boring lists of names. “State Fair” uses a billboard for the credits:

And another billboard appears at the end. No fade out on the final embrace of Lew Ayres and Janet Gaynor.

Instead, the “State Fair” billboard slowly peels away to reveal… 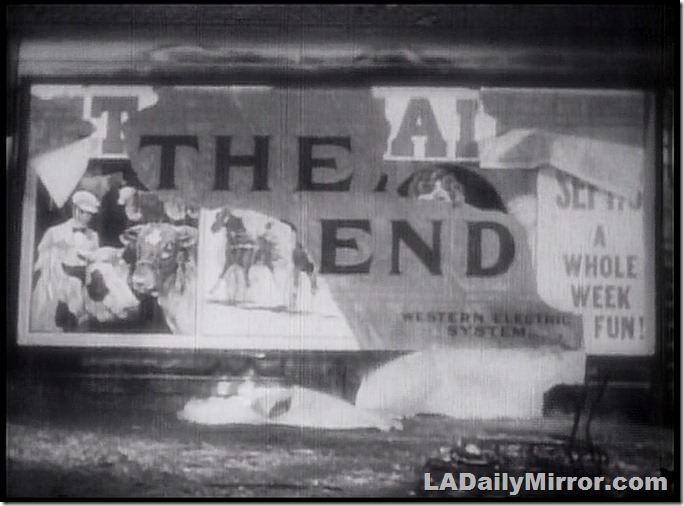 For Monday, we have a mystery gent. He most heartily approves of such goings-on.

Update: This is Harry Holman as one of the hog judges. One of the other judges (Hobart Cavanaugh) lacked sufficient mysteriousness.

For Tuesday, we have a mystery guest from the animal kingdom.

Update: This is Dike of Rosedale as Blue Boy.

We also have a mystery gent. Our leading lady has been cropped out due to her insufficient mysteriousness. She will appear Friday.

Update: This is “nice guy but not her type” Frank Melton. 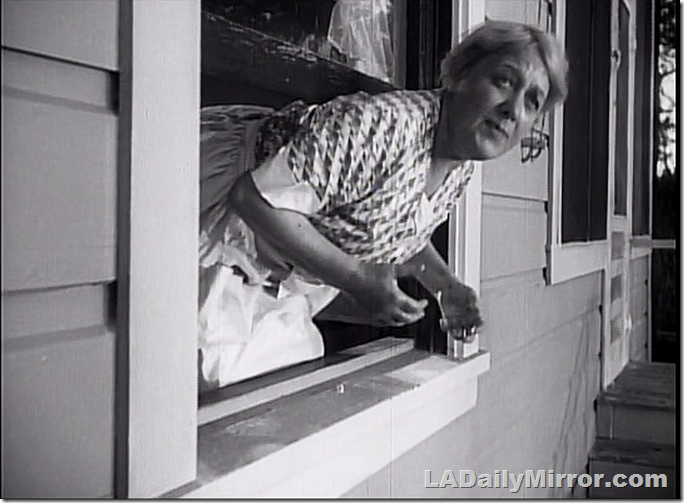 For Wednesday, we have a mystery woman.

Update: This is Louise Dresser. 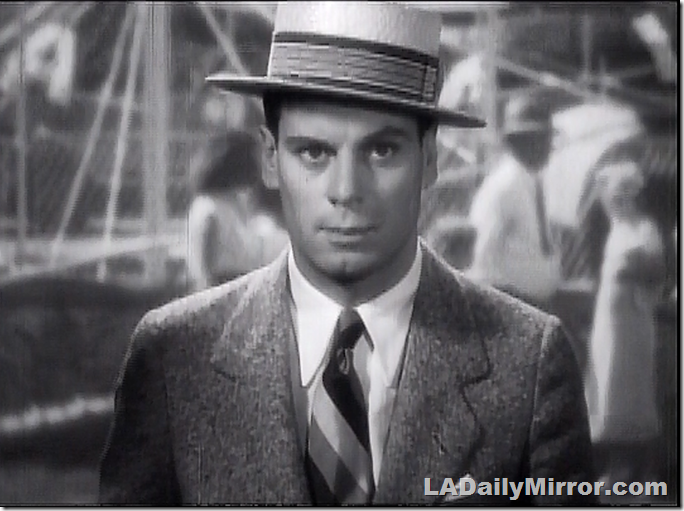 And also a natty mystery gent.

Update: This is Norman Foster.

Note: There are several mystery pigs in our mystery movie. Tuesday’s mystery pig is the leading pig.

For Thursday, Wednesday’s mystery chap seems to have made a friend.

Update: This is Norman Foster and Sally Eilers in a Pre-Code segment.

Also this not terribly mysterious gent.

Update: This is young Victor Jory.

For Friday, we have an entirely unmysterious guest.

Update: This is Lew Ayres and Janet Gaynor.