Here’s the Cyclone Racer sequence in “Half Angel,” last week’s mystery movie, that begins about the 32-minute mark. Joseph Cotten and Loretta Young are promenading along what is probably a Twentieth Century-Fox set, judging by the lighting. Editing by Robert Fritch.

Here’s a two-shot of our romantic leads.

Cut to a rather awful process shot of the beach with the ocean in the background.

Back to our leads.

Loretta shows some ankle and Joe melts like butter. 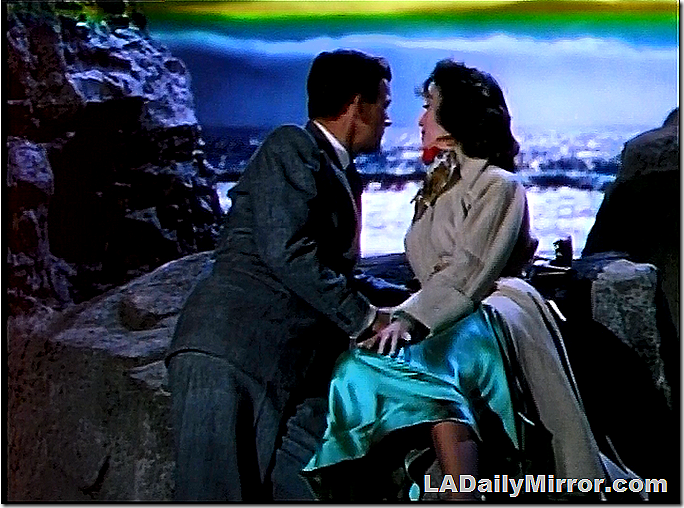 In a process shot, Joe and Loretta watch the ocean from some dreadfully tacky prop rocks. 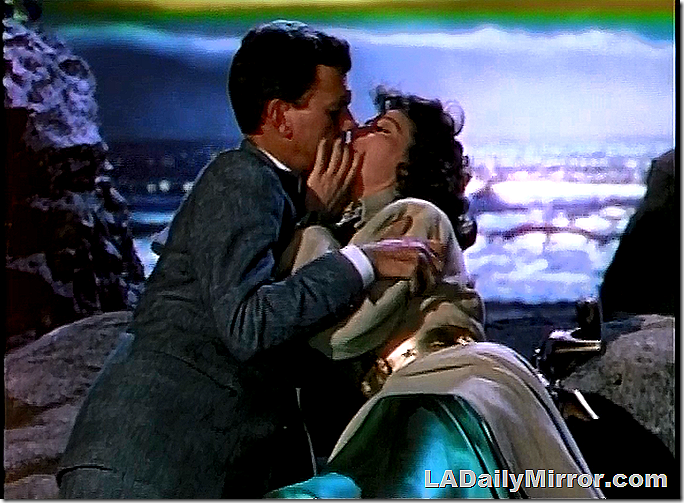 Does Joseph Cotten not know how to kiss Loretta Young?

I think Joe is genuinely uncomfortable. It’s a weird scene. Even within the context of a far-fetched script and an uninteresting character, he seems uncomfortable. 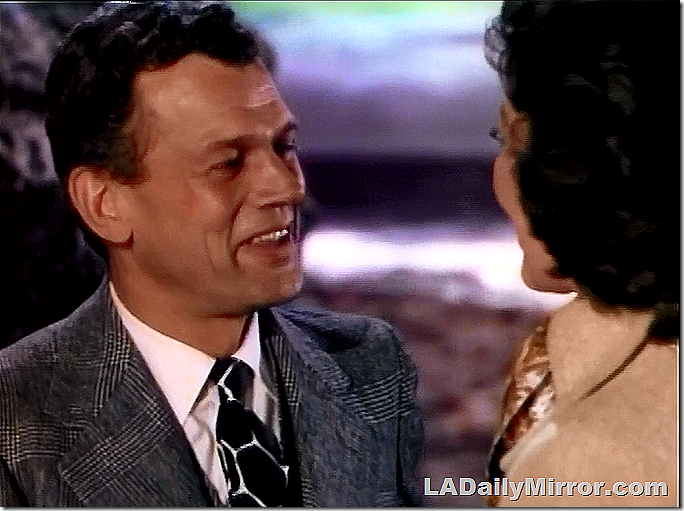 Say what you will about Loretta Young, she is trying here. 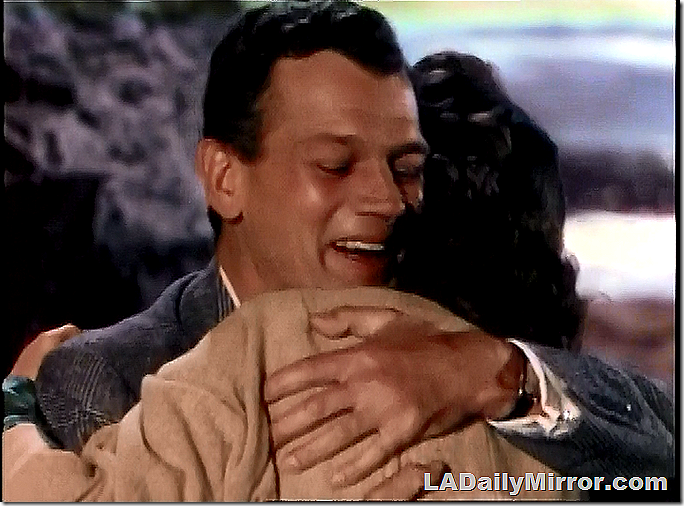 Blah, etc. Joe is giving Jeff Chandler a run for his money in the wooden acting department.

I am retired from the Los Angeles Times
View all posts by lmharnisch →
This entry was posted in 1951, Architecture, Film, Hollywood, Location Sleuth and tagged #Loretta Young, 1951, Cyclone Racer, Half Angel, Joseph Cotten, Long Beach, roller coasters, the Pike. Bookmark the permalink.