Would you like to see how Steve Hodel lies about things that can be easily checked? Of course you would. This is a graphic that appeared during Steve Hodel’s appearance on “Dr. Phil.”

It’s helpful, at least for me, for Steve to give the date of this supposed excerpt from the LAPD bug at the Sowden House. Because I have all the transcripts and they are (spoiler alert) Bo-RING! Steve also merges the quotes from March 25, 1950, and March 26, 1950. This guy was a detective with the LAPD? This guy?

We’re going to look at the entire transcript and (second spoiler alert) George Hodel never says “I’m in trouble.” No, it’s one of the investigators having trouble with the recording equipment. (This guy was a detective with the LAPD? This guy?)

Notice some of this conversation is actually from March 25, 1950. As Steve Hodel has shown numerous times, he has great difficulty reading what is in front of him.

”Sounded like Hodel wants to get out of the country. mentioned passport.

“Had trouble with one spool.”

”Hodel talking about picture police have of him and some girl – thought he had destroyed them all.” 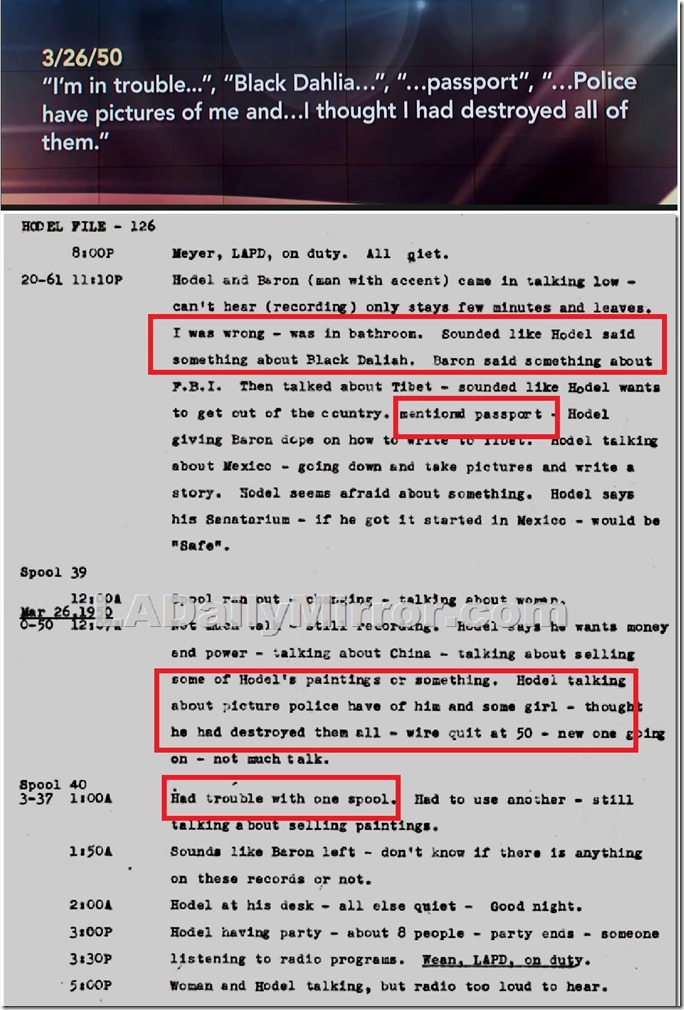