Posted on February 4, 2019 by lmharnisch

“Hell’s Highway” is available from Warner Archive in Volume 9 of “Forbidden Hollywood,” with “Big City Blues,” “The Cabin in the Cotton,” “When Ladies Meet” and “I Sell Anything.”

Stealing a march on the Warner Brothers, who have so far not released their film of Robert E. Burns’s book, “I Am a Fugitive From a George Chain Gang,” with Paul Muni in the leading role, RKO Radio Pictures is now offering at the Mayfair their prison camp picture, “Hell’s Highway,” in which Richard Dix is the featured player.

In “Hell’s Highway,” the producers fail by being overeager to horrify audiences by depicting the cruel treatment of the chain gang convicts, and Mr. Dix as Duke Ellis is vehement without being really effective. Occasionally Ellis preaches about the torturing of the felons, which would be all very well if it came from an upstanding character, and not, as it does, from a bank robber. Duke Ellis also has his maudlin moments, and to make matters worse there is the romance between Johnny, Duke’s brother, who is also one of the chain gang, and an immaculately clad pretty girl from his home town.

“Hell’s Highway” has a fairly large cast and it was impossible to get everybody.

Here we have supposed leading lady Rochelle Hudson, who gets very little screen time, with Louise Carter as the creepy Mrs. Ellis. 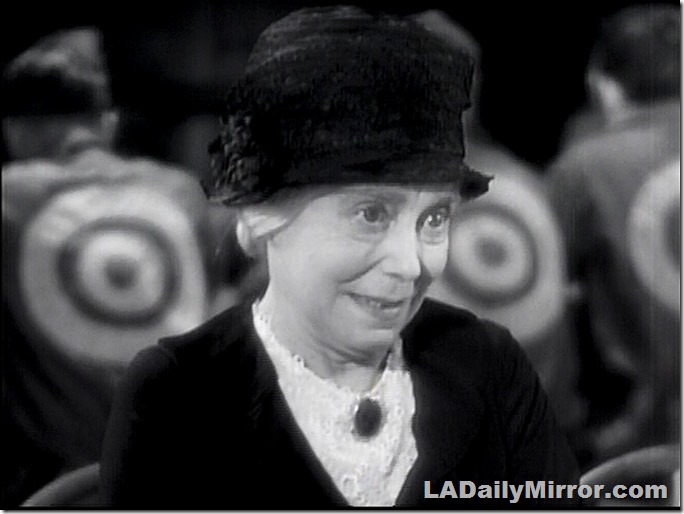 See what I mean? She’s creepy. 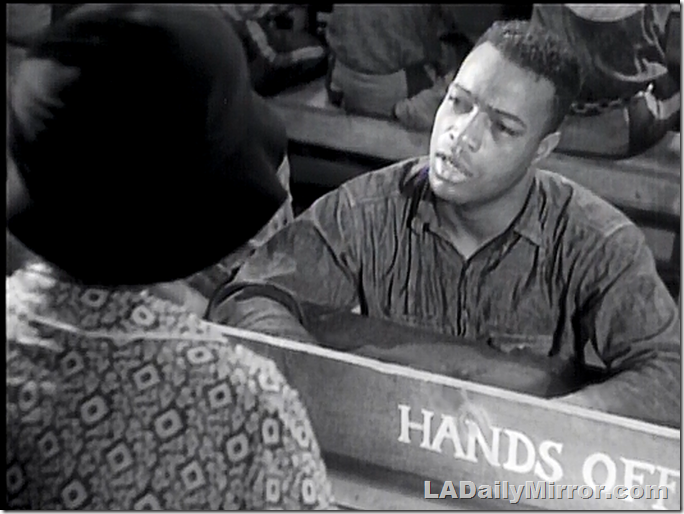 This is Eddie Hart, with Stanley Fields. Hart plays the cook, an openly gay character who is disliked by the prisoners on the chain gang. Here he is, emphasizing the word “pansy” just in case the 1930s audiences were a little slow.  Hart’s IMDB listing doesn’t even have a death date, so I’ll see if I can find one.

For Monday, we have a mystery gent in a reverse newsboy cap.

Update: I’m not sure who this fellow is but he isn’t John Lester Johnson. I’ll have to dig into it further.

Update: This is Eddie Hart, giving a come-hither look to his fellow prisoners. 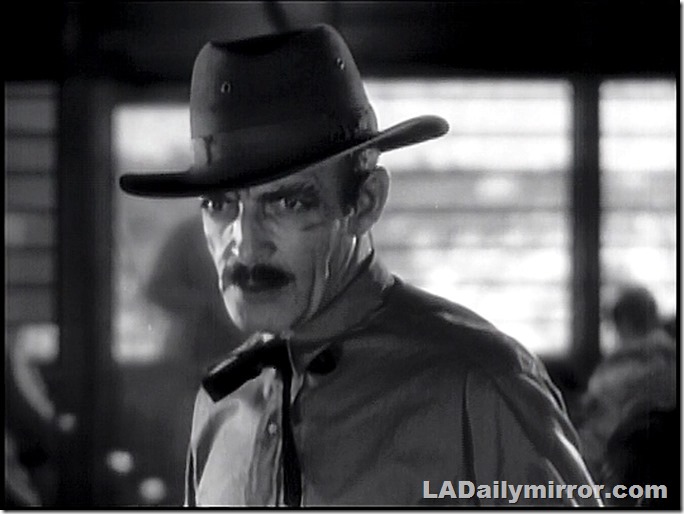 For Wednesday, we have a mystery gent. Boy, does he not approve of such goings-on. 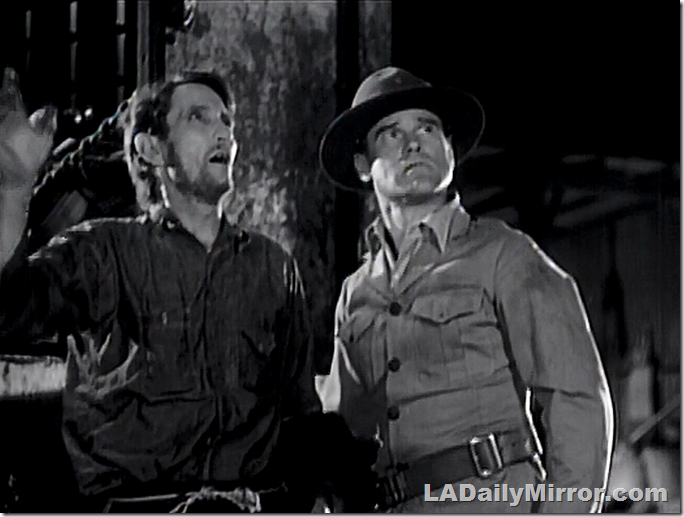 For Thursday, we have a pair of mystery gents.

Update: This is Charles Middleton (yes, Ming the Merciless) and Warner Richmond.

For Friday, we have two mysterious prisoners.