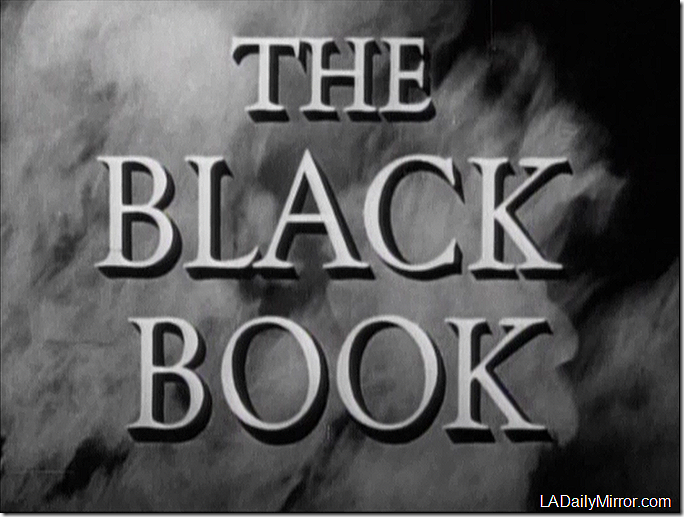 This week’s mystery movie has been the 1949 Walter Wanger film “Reign of Terror” later retitled “The Black Book,” with Robert Cummings, Richard Basehart, Richard Hart, Arlene Dahl, Arnold Moss, Norman Lloyd, Charles McGraw, Beulah Bondi and Jess Barker. The story and screenplay were by Philip Yordan and Aeneas MacKenzie, music by Sol Kaplan, photography by John Alton, art direction by Edward Ilou, orchestrations by George Parrish, conducted by Charles Previn. The film was produced by William Cameron Menzies, who did storyboards for the film, and directed by Anthony Mann. It was shot using the sets from the 1948 Walter Wanger film “Joan of Arc” as a way to recoup some of the financial losses from that movie.

The movie, which lapsed into public domain, is available on DVD from many sources, including TCM.

Since the events attendant on the French Revolution and the Reign of Terror were, to put it mildly, lively, the producers of “The Black Book” can hardly be blamed for choosing the period for purposes of filming. And, the period piece which clattered into the Globe on Saturday is simply good, old-fashioned action melodrama in which the horses, villains and the guillotine are not spared and which seems closer to standard Hollywood writing than it is to Thomas Carlyle. Suffice it to say that the derring-do is constant, hectic and familiar even if the history is obscure.

For Monday, we finally find out what Back of the Head Guy looks like! 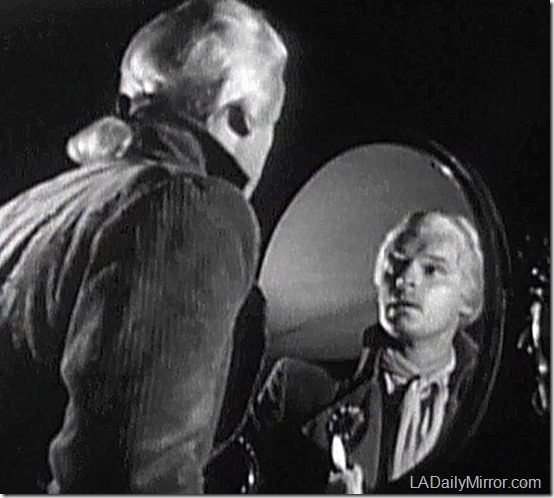 Humph. A bit blurry, I would say.

Update: This is Charles Gordon.

For Tuesday, we have a mystery gent. Ignore Top of the Head Guy, who will make his appearance later in the week.

Update: This is Wilton Graff. 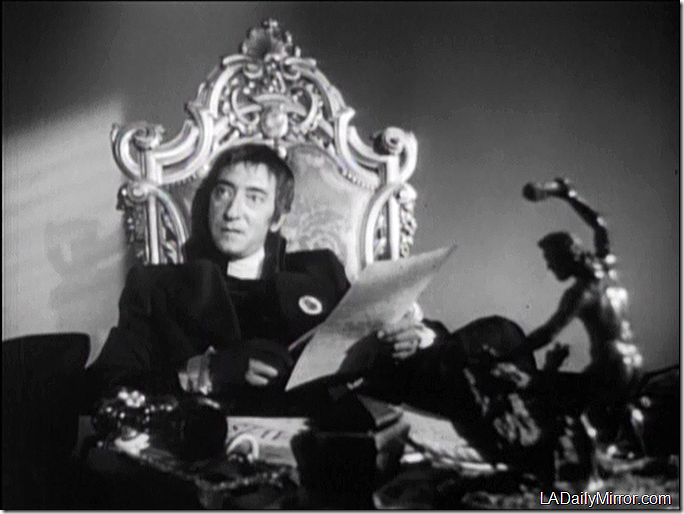 For Wednesday, we have a rather disreputable mystery gent.

Update: This is Arnold Moss. 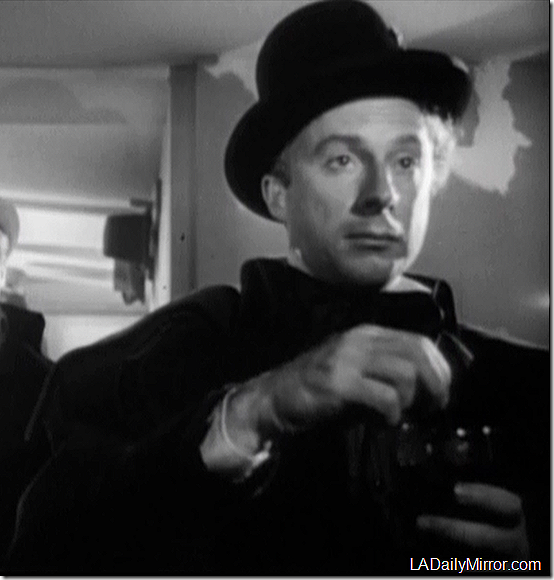 For Thursday, we have a not terribly mysterious guest. I have cropped out our even less mysterious leading man, who will make his bow tomorrow. (ps. Mary Mallory points out that he is being honored at Cinecon tonight).

Update: This is Norman Lloyd.

For Friday, we have this menacing mystery guest.

Update: This is Richard Basehart. 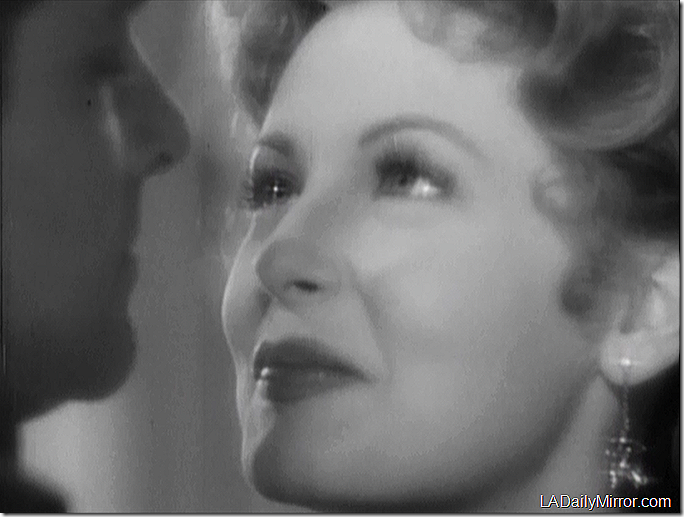 And this somewhat mysterious lady.

Update: This is Arlene Dahl.

And this totally unmysterious leading man.

Update: This is Robert Cummings.