An undated photo of LAPD officers from SkyscraperCity.com, which reposts images from all over the Internet (including mine), often without acknowledgement.

Glynn Martin, executive director of the Los Angeles Police Museum, has done more recent research that questions the traditional date of this photo. Martin notes that a copy of the picture is displayed at the museum with a plaque reading “LAPD First Paid Officers, 1869.”

In his 2006 blog post, Martin says that one of the officers in the photo has been identified as H.W. Marden, who wore Badge No. 21.

As best as I can determine, the photo of the six officers was taken between 1887 and 1888.

Here’s the first part of my research, which tells us the following:

Now for Police Officer Henry W. Marden, whom we find in the 1894 Los Angeles City Directory, courtesy of the Los Angeles Public Library:

The Times reported on March 27, 1901, that Marden resigned from the LAPD after 14 years with the department: 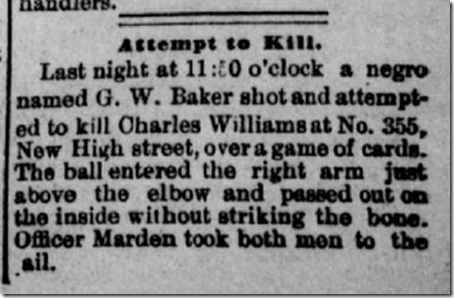 And further research reveals that he was a Civil War veteran who died in 1909 at the age of 68. He is buried at Inglewood Park Cemetery.

Veterans Administration records show that he was a private in Company B of the 25th Wisconsin Infantry. 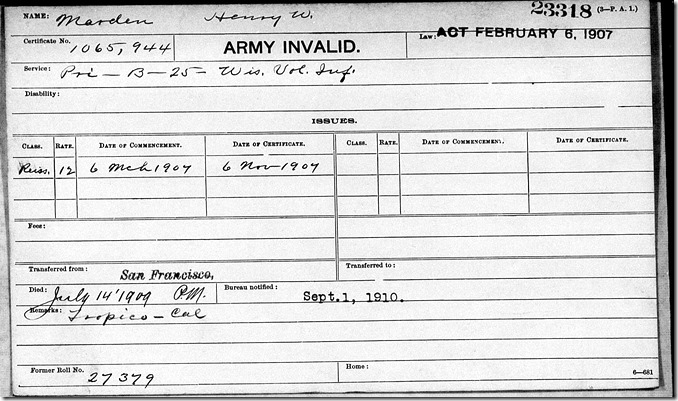 I am retired from the Los Angeles Times
View all posts by lmharnisch →
This entry was posted in 1901, Found on EBay, LAPD, Photography and tagged #EBay, 1887, 1901, lapd, photography. Bookmark the permalink.

3 Responses to LAPD: Dating an Early Photograph, Part I