Posted on February 9, 2013 by lmharnisch

Here’s the third installment of the Non-Smoking Gun for Feb. 20, 1950. Are you bored with this yet?

Hodel stated that it was six o’clock, that he had to leave at seven, that he would be back at twelve!!!  Women of L.A. look out! The Evil Genius is on the prowl!! 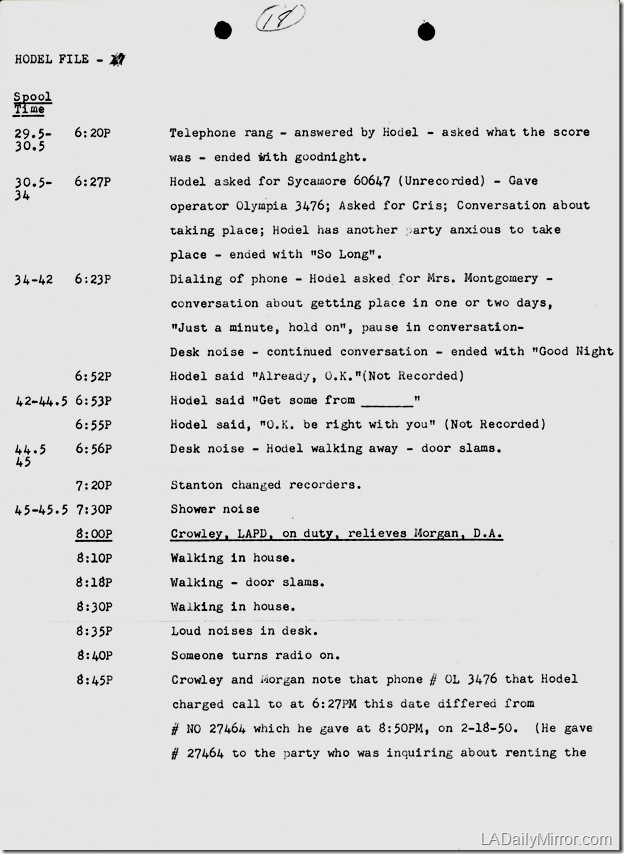 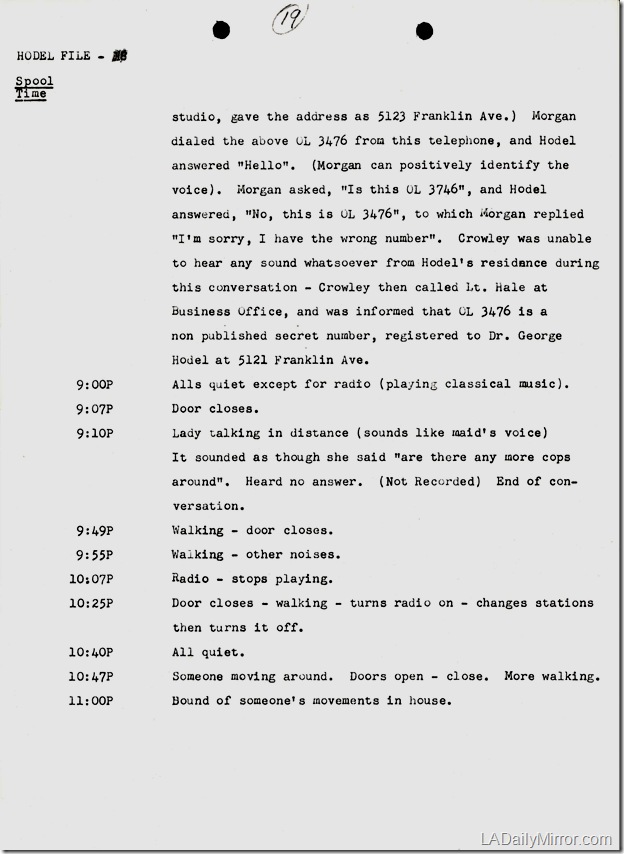 Are there any more cops around?

Do you think anyone knew that they were under surveillance? Hmmmm.

Just another day of depravity and death at the Evil Genius’ murder HQ!!!

I am retired from the Los Angeles Times
View all posts by lmharnisch →
This entry was posted in 1947, 1950, Black Dahlia, Cold Cases, Crime and Courts, Hollywood, LAPD. Bookmark the permalink.