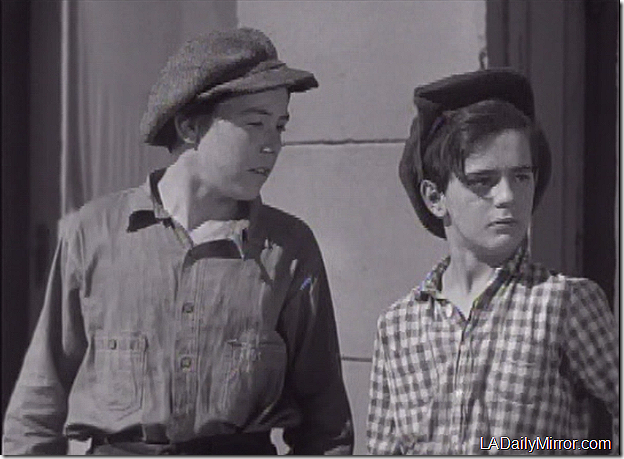 Here’s two young mystery lads in newsboy caps. And the movie would be?

This is, of course the 1931 film “The Public Enemy,” with wardrobe by Earl Luick, with newsboy caps aplenty. Once again, they are a badge of the underclass.  Please congratulate Mike Hawks for identifying our mystery lads as is Frank (Junior) Coghlan and Frankie Darro; also Mary Mallory, Michael Ryerson and Don Danard for identifying them and/or the movie.

There’s so much else to explore in “Public Enemy” besides newsboy caps.

Our young ruffians run through an unidentified department store. This is a fairly involved multi-floor sequence involving escalators, so I’m going speculate that this is an actual department store dressed as 1909, rather than a sound stage. Tell me what you think. 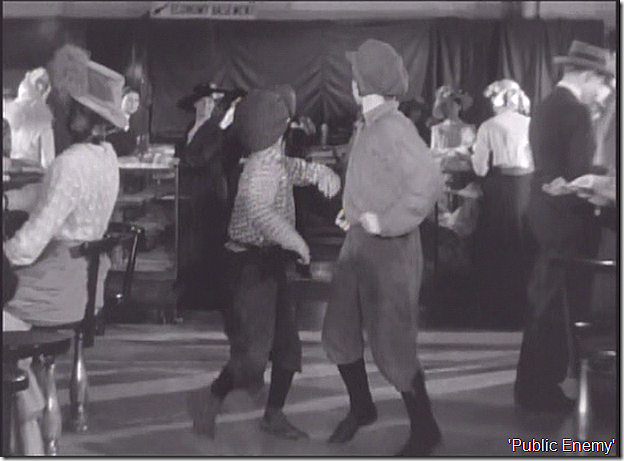 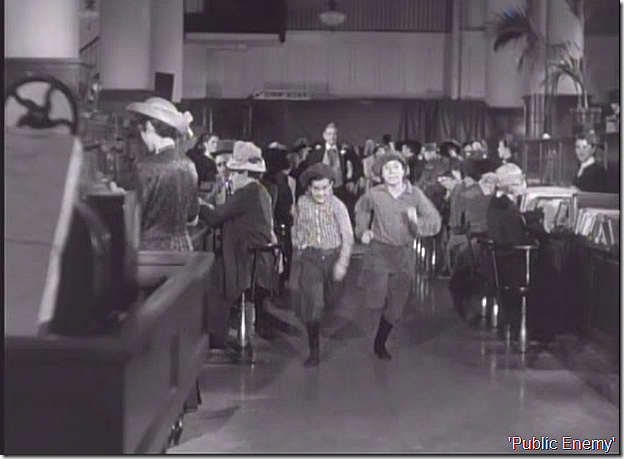 A pair of escalators, which to me argues against this being a set. 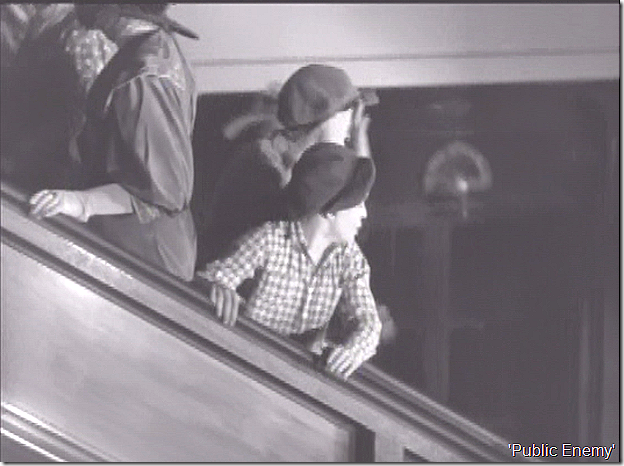 Our mystery building also has elevators.

The top of the escalator. If this is a set, it’s an awfully big one.

In fact, a police officer gets off the elevator. 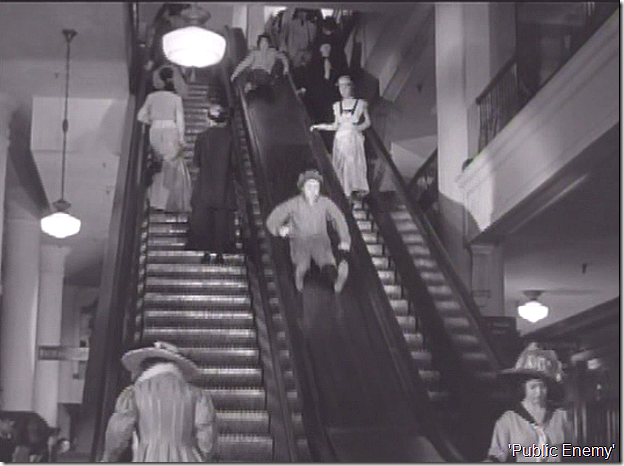 Judging by this shot, “Public Enemy” either used a large (and expensive) set or an actual location – presumably a department store in downtown Los Angeles.

A reverse angle shows more of the store. 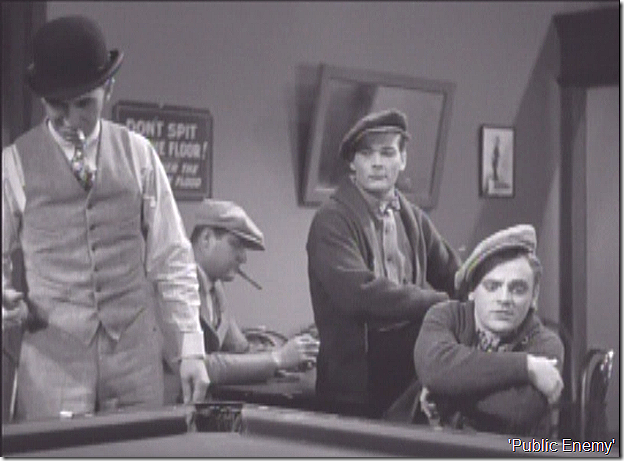 And one final shot for the newsboy cap fans in the audience. Again, the caps, worn at a sharply tilted angle, are a badge of the underclass, as the bowler/vest combination would be for an older generation of petty crook.

Will someone please tell “Boardwalk Empire” how to do newsboy caps? Thank you!

I am retired from the Los Angeles Times
View all posts by lmharnisch →
This entry was posted in Fashion, Film, Hollywood, Mystery Photo and tagged #mystery photo, #Newsboy caps. Bookmark the permalink.