From the Stacks: ‘Just One More!’

I picked up the 1961 edition of “Just One More!” by the Los Angeles Press Photographers Assn. and I’ve been enjoying it more than I expected. It’s a time capsule of press photography as it was 50 years ago, so there are the posed shots, humorous animal pictures and gory traffic wrecks, all examples of things that we don’t see in newspapers anymore. Some of it is kitsch, but there are powerful images as well. These photogs did great work.

Best of all, there are photos of some of the lensmen (and they were all men) who earned their living capturing Los Angeles with flashbulbs and film. Here they are:

“Ferdie Olmo’s “Carriage Trade” is the kind of picture that used to appear regularly in Life magazine and some newspapers. The late Delmar Watson was another photographer who excelled in this kind of picture. 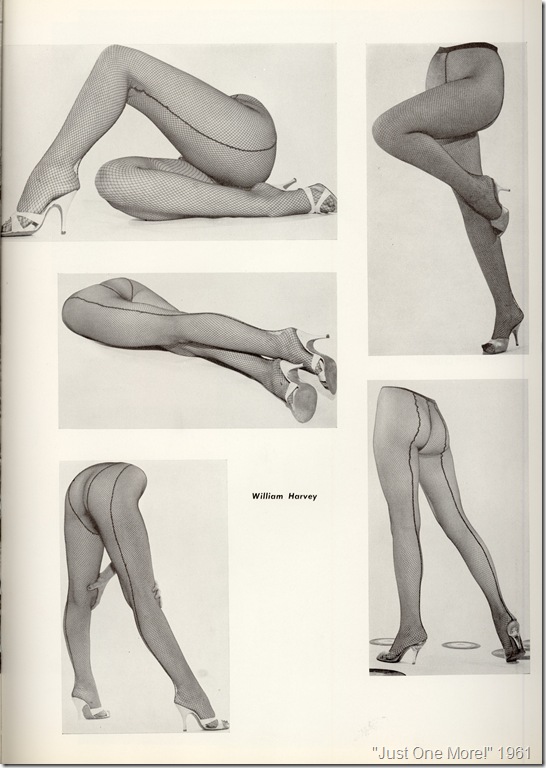 William Harvey’s untitled photos of a model (at least half of one) in fishnet stockings is another curio. I’m not sure whether this series was for pinup art or some sort of catalogue. But I find the concept a bit strange.

Of course, the real bread and butter work for photogs was – and is – sports. Here’s a shot by The Times’ Art Rogers of an unidentified umpire making a call in what appears to be Orlando Cepeda (No. 30) of the Giants taking a throw at first base. 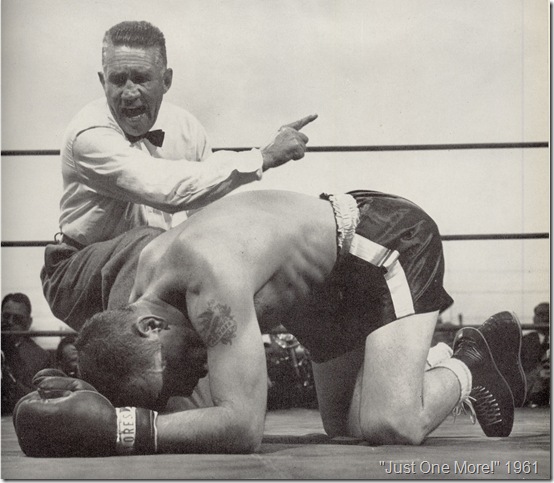 An unidentified referee gives the count to Carl “Bobo” Olson (notice the “Mother” tattoo) in this undated photo by Carlos Schiebeck of United Press International. Olson and Sugar Ray Robinson fought several times, but I can’t locate anything around 1960.   You can almost hear the ref counting over Olson, who has crumpled to the canvas.

“Wife Killer,” by Maurice Mitchell of the Examiner is the kind of photo newspapers rarely get anymore. Photographers and the police had a much closer relationship before the Watts Riots, which made some for some powerful images, especially when there was less competition from TV news. 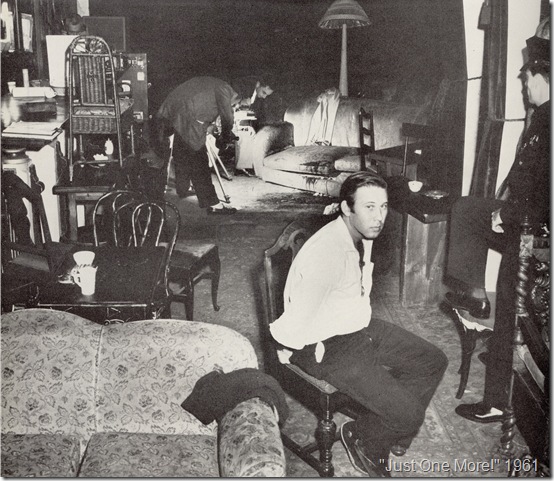 “Coffeehouse Homicide” by The Times’ Robert O. Ritchie is another example of the crime photo that newspapers rarely get anymore. The handcuffed suspect looks at the camera while a police technician photographs the crime scene and a police officer watches, resting his foot on a chair.

“Broken Leg” by Larry Miller of the Examiner won a prize from the Los Angeles Press Club and it’s a terrific spot news photo. The injured firefighter isn’t identified, but barely visible in the upper right corner is the name Mazzari written on the brim of a firefighter’s helmet. A Times story from 1969 shows there was a firefighter named Earl Mazzari. Maybe someone will recognize these men. 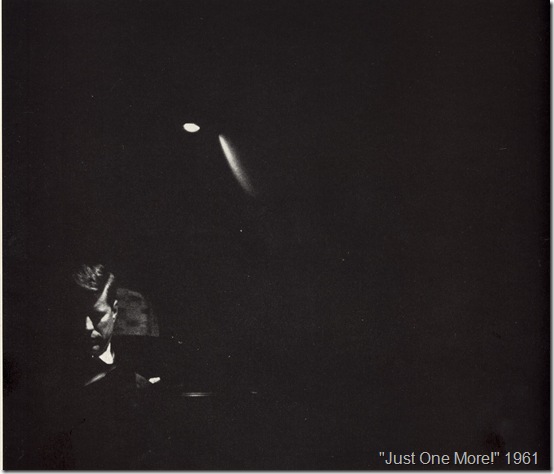 “JFK” by Leigh Wiener (d. 1993), who operated his own studio, won an award from the Art Directors of Los Angeles. Most photos of John F. Kennedy show the exuberant crowds from the 1960 presidential campaign. Here’s a quiet, contemplative moment that makes wonderful use of a single light source and lots of black. 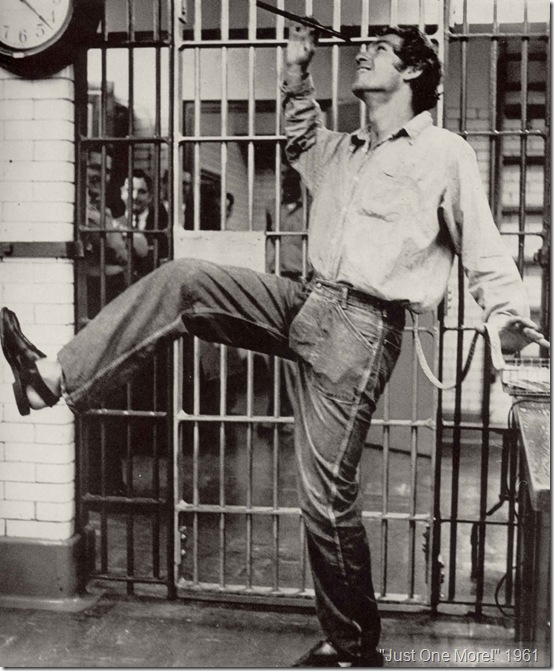 “Pan in the Can,” by Jack Wyman

I haven’t a clue what is going on in “Pan in the Can” by Jack Wyman of the Examiner except that this jail inmate was a free spirit. But as before, newspapers don’t get pictures like this anymore. Notice his jail outfit: A work shirt, jeans with no belt and sandals with no socks.

Other volumes in the “Just One More!” series are listed in World Cat.

I am retired from the Los Angeles Times
View all posts by lmharnisch →
This entry was posted in 1961, Books and Authors, From the Stacks, Photography and tagged #la, #photography, books. Bookmark the permalink.

19 Responses to From the Stacks: ‘Just One More!’